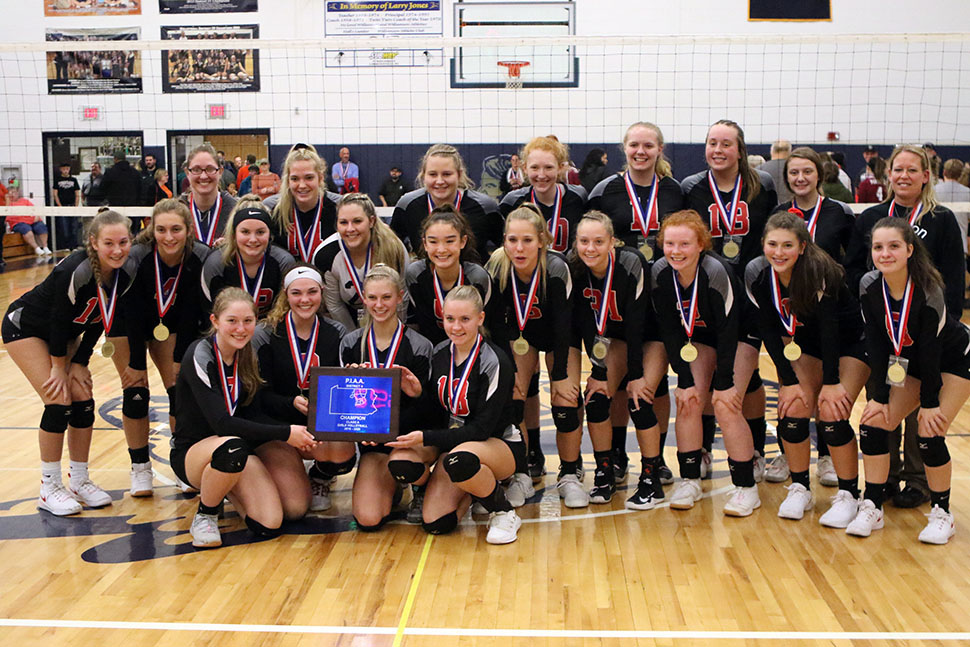 When the Lady Warriors started this season, they set out with the expectation of capturing their third straight D4 title. They reached that goal after their 3-0 sweep of NE Bradford on Thursday, Oct. 31 in the District IV

Canton trailed 7-2 early before notching the set at 13 all and forcing a timeout. They continued to dominate, winning 12 of the next 18 points to take the first set.

Once again in the third set, Canton fell behind 7-3 before rallying to tie it at 11. With the score 14-13, Canton played incredible defense on a long rally before Ferguson scored the match clinching point.

Chloe Baker had four kills, 14 digs and two assists while McKenna Hurley had two kills and two digs; Jordan Shumway had a kill and four digs; Lauryn Schultz had a kill and 15 digs with Kylie Lewis adding 13 digs.